When I first learned from Dewey Roberts that Will Boyd and I would be receiving the Art Award for 2015, I wondered, "Why?" Knoxville is a city full of creative minds and art makers.There are visual artists who have worked on murals projects to bring communities together. There are choir directors who lead community choirs to lift the spirits of Knoxvillians all over the city. In my mind I felt like there were more deserving artists that needed to recognized for what they do.

Will and I played at the luncheon on Wednesday before we recieved the award. While we were setting up to play, Reverend Middlebrook came to greet us. He told us that he nominated us for the award. How could a man who marched with Dr. King nominate us for an award in his honor?

At that moment, the weight and responsibility of the award started to overwhelm me. And I felt even more undeserving. You see, I was just coming out of a season of hopelessness. I spent the year before recovering from losing a baby and my fertility for good. I didn't perform that much in 2014. I chose not to design and sew.

I felt like it was all pointless. What good is it to be able to perform beautiful music or design upcycled wearble art, if you can't create the one thing you want.... a child.

We were scheduled to receive our award during intermission at the NIGHT OF THE ARTS TRIBUTE at the Tennessee Theatre. A friend of mine, jewelry designer Wendy Seaward, allowed me to wear her beautiful jewlery. I also wore a fascinator that I created to match my dress. Busying myself with my attire relaxes me before an event. 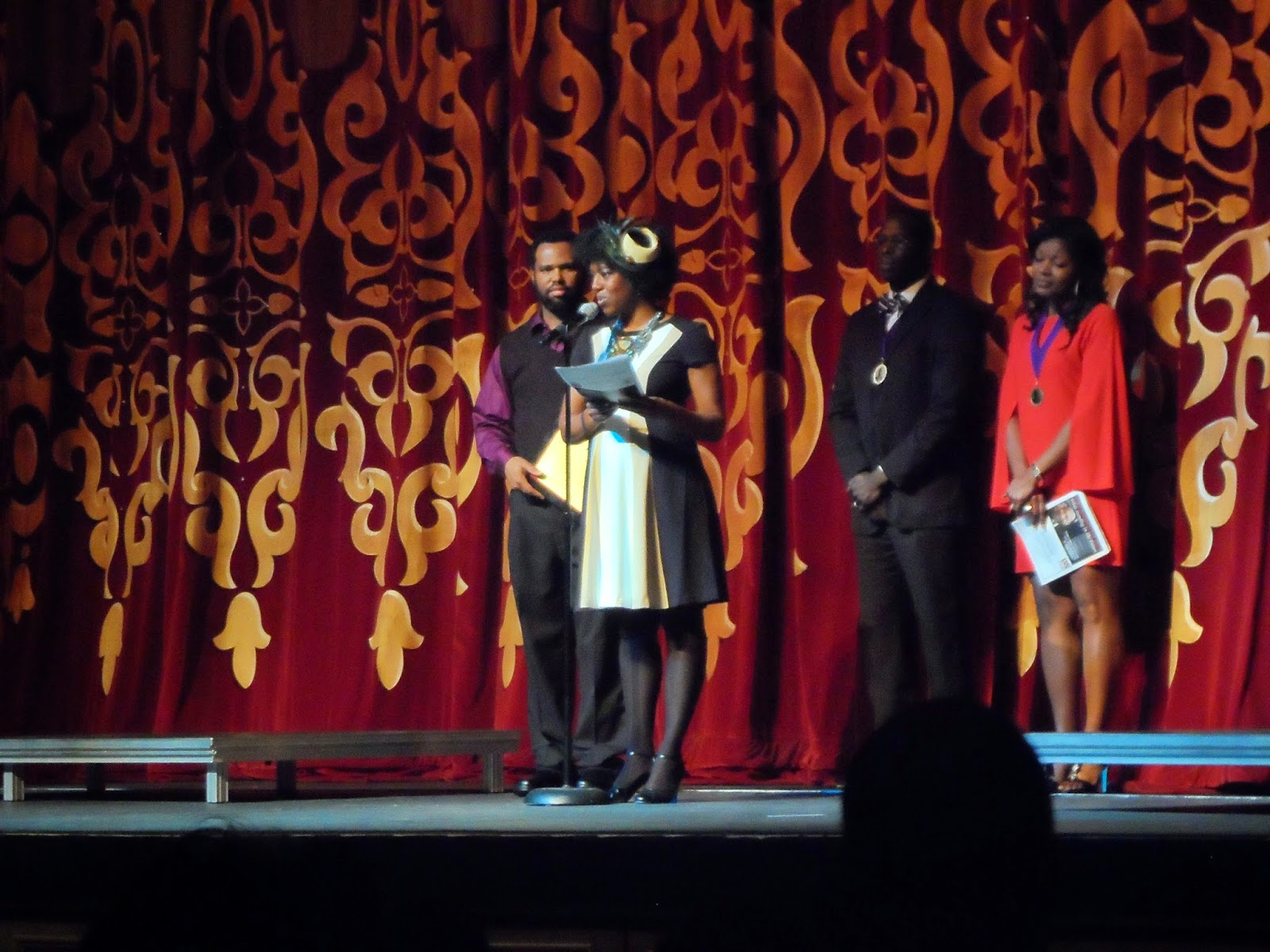 The night of the Arts was on a Monday. The Austin East African drum and dance group led by Obayana Ajanaku performed. The Knoxville Symphony and a jazz group led by Vance Thompson performed. There was a dramatic performance by Sherineta Morrison. I was brought to tears by the performance of that angelic choir. With tears on my face, Will and I made our way to the front of the house to follow Rev. Renee Kesler on stage to receive or award. I was so emotional. Renee had to pray with me.

Thankfully I made it through my acceptance speech without being s sobbing mess.  I waited till I was backstage for that. Starr ran to the staircase to give me hug. Will and I took our award back to our seat and we enjoyed the rest of the show. 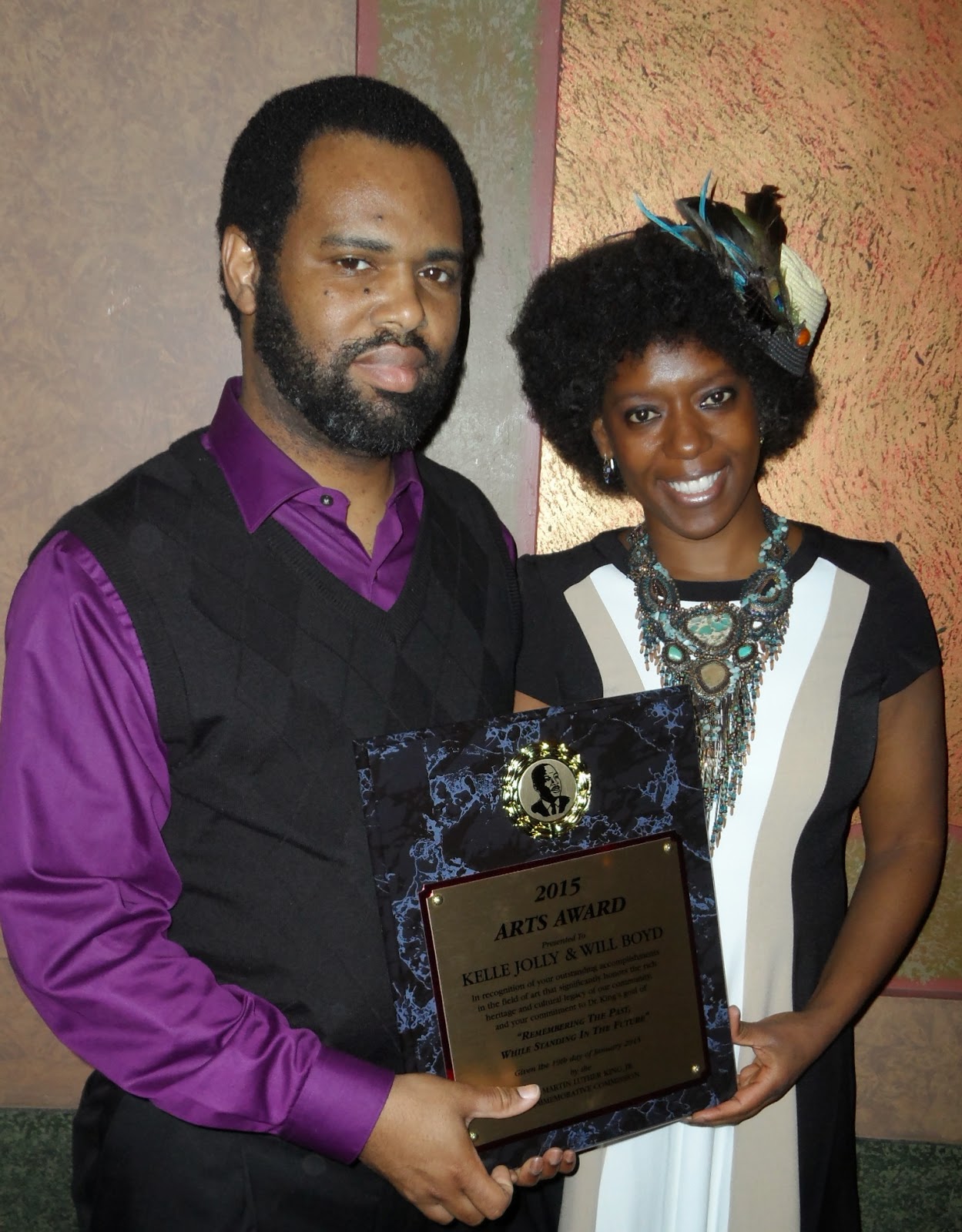